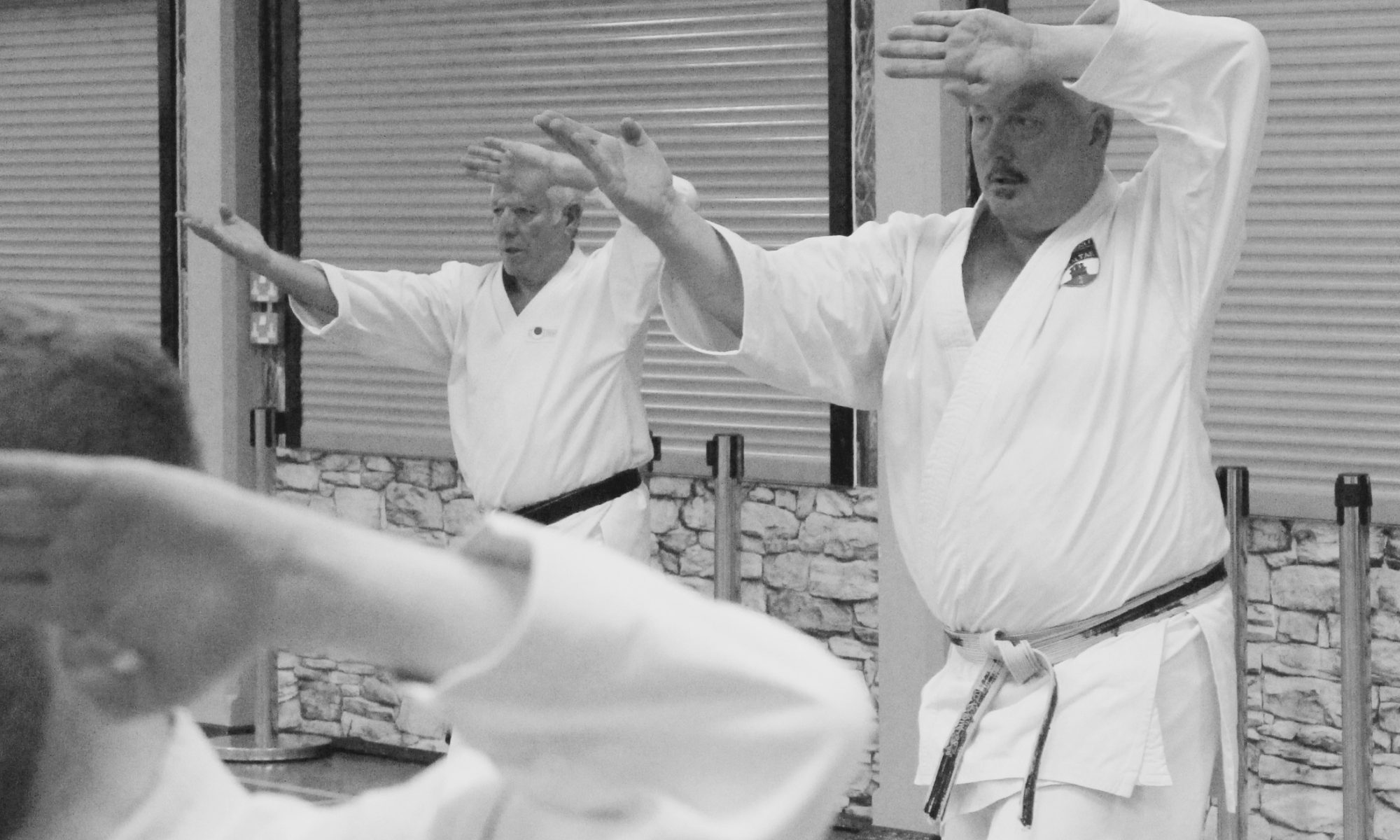 KATA are the forms you often see if you’ve ever seen a demonstration or a karate competition. There are around 26 different katas in shotokan karate depending on which organisation you belong to. At certain levels in your training you are expected to know the required katas. I have added the colours of the belt next to the kata  so students know which they are required to know for their grading examination. Remember passing one grade means another kata until you know all of them.

Masatoshi Nakayama often said that 10 minutes of kata each day was all that was required to keep your training going.

There is also a kata called Kihon that white belt students learn in order to obtain their first coloured belt, orange.

Created relatively recently, the Heians were originally called Pinan from the Okinawan pronunciation of the Chinese word for safety. When introduced to Japan, Master Funakoshi opted to use the Japanese pronunciation Heian. Considered basic kata for beginning students.

Originally known in Okinawa as Naihanchi, the katas were renamed by Master Funakoshi upon its introduction to Japan to reflect the strength exhibited with kiba-dachi. Rich in fighting techniques, the Tekki family offers a plethora of close combat techniques.