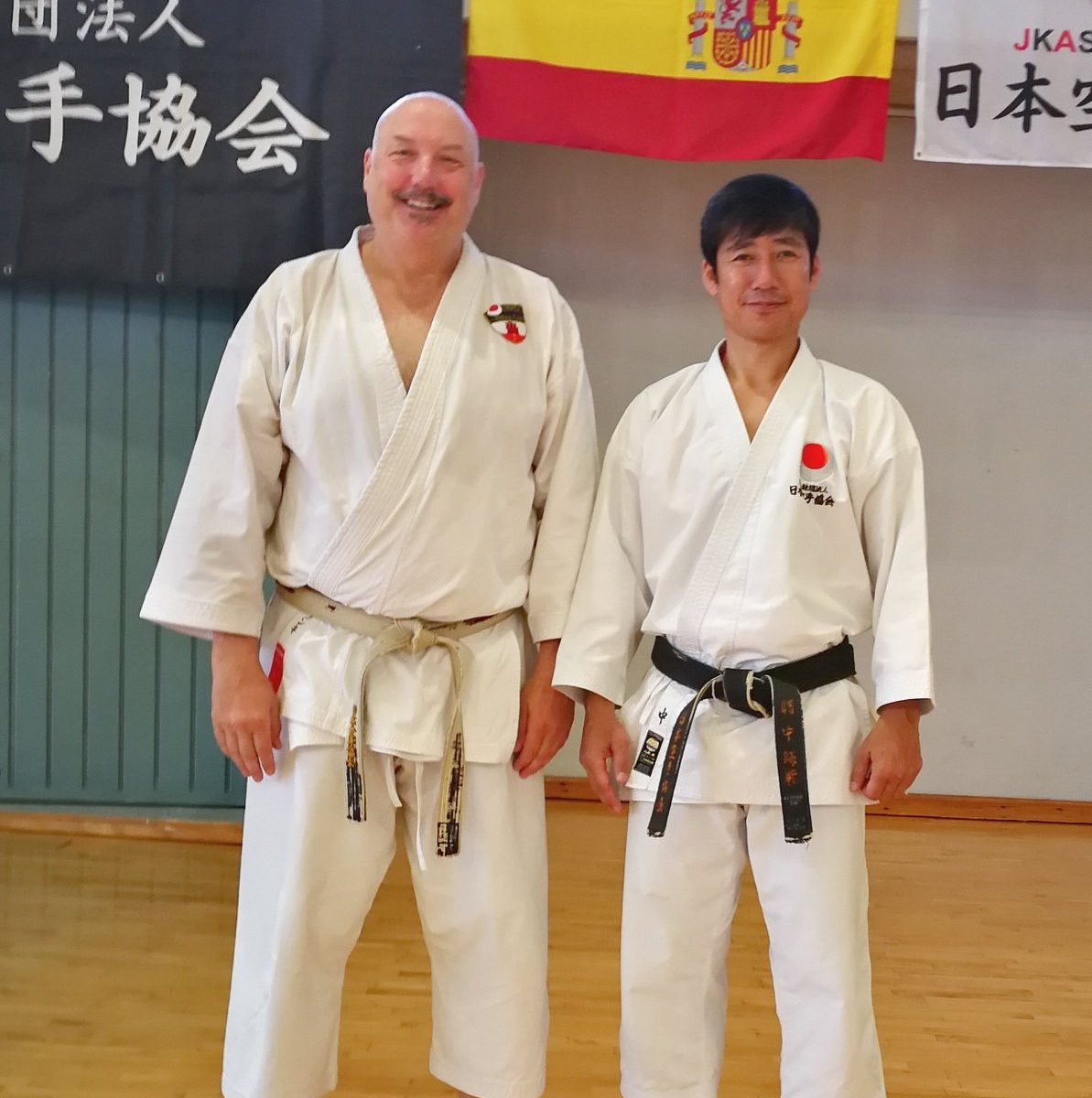 So the June  2018 Naka course in Chiclana came and went. Four great days of training and as usual with Naka sensei it hurts but you don’t know it till you finish.

The firtst blog covered the aspects of all 4 days, the second day being a repeat of the first day because the first is only for dan grades normally instructors. The actual course proper is Fri/Sat/Sun and in the heat it is serious too.

The kata’s we performed or tried to perform over the 4 days were as follows:

Heian Shodan, Heian Nidan, Heian Sandan, Tekki Shodan, Tekki Sandan, Basai Dai, Basai Sho, Kanku Dai, Kanku Sho, Sochin, Meikyo and Wankan. The kata sometimes had extra techniques added in order to both help those that were unfamiliar or hinder those that were and make them think more e.g.

Heian Shodan had the following combination added to it after the gedan barai’s. Mae geri, oi tzuki, gyaku tzuki, yoriashi kizame tzuki. The second day had the oitzuki end in a kosadachi stance with the gyaku tzuki. Is is hurting your head yet? Every kata I mention sensei also demonstrated and had us practice one or two bunkai applications helping to reinforce the kata but not spending too much time on any single one, we also did not do ALL the kata each day.

As usual his emphasis is on the punching technique and he spent a lot of time explaining the difference between a “sport karate” technique and “budo” which in essence is where most student are in their minds.

I cannot begin to implore you if you can, to search Naka sensei’s courses out wherever they may be in Europe and there are several, you just have to do some work and search for them.